This section covers questions related to being outed at school, uniforms, changing rooms/toilets, overnight trips at school, treatment by teachers and other staff and more!

Attending school as a queer, gender diverse or intersex person…

Depending on what school you go to, the supports you have, and the community around you, school can be a tough place to be out as part of the rainbow community.

You have certain legal rights which are there to protect you and enable you to learn in the safest environment which are discussed below. If you’re unsure, or need any help at all, mosey on down to the bottom of this page for some organizations that can help!

What are the main laws that have my back at school?

That would be the Human Rights Act 1993. This act contains certain protections which apply in the context of schooling.

It is against the law for a school (and for persons in control or in the management of, or teaching at, an educational establishment) to do any of the following things based on a banned ground of discrimination:

Does the Human Rights Act cover discrimination based on gender or sexuality?

At a single-sex school, schools can refuse to enroll students based on their sex. Best practice around this indicates however that a single-sex school cannot expel a student who begins transitioning and/or who identifies as trans, gender diverse or non-binary.

Schools are also allowed to provide counselling services restricted to persons of a particular sex or sexual orientation, where highly personal matters (such as sexual matters or the prevention of violence) are involved.

Many school practices will be governed by their own codes of conduct and practices.  There is also a Code of Professional Responsibility established under the Education Act 1989, which is compulsory for all teachers to follow. Sitting alongside the Code, is a set of examples in practice of behaviour that teachers should and should not engage in.

A quick note before you scroll:
The specific questions below are largely untested from a legal perspective (this means that most of them haven’t been argued in court).  The resources included in the answers below are not legally binding, but are useful as a guide to the best way to do things.  In particular, these are helpful documents to refer to as they cover what organisations (such as the Human Rights Commission) view as the best approach in these situations. 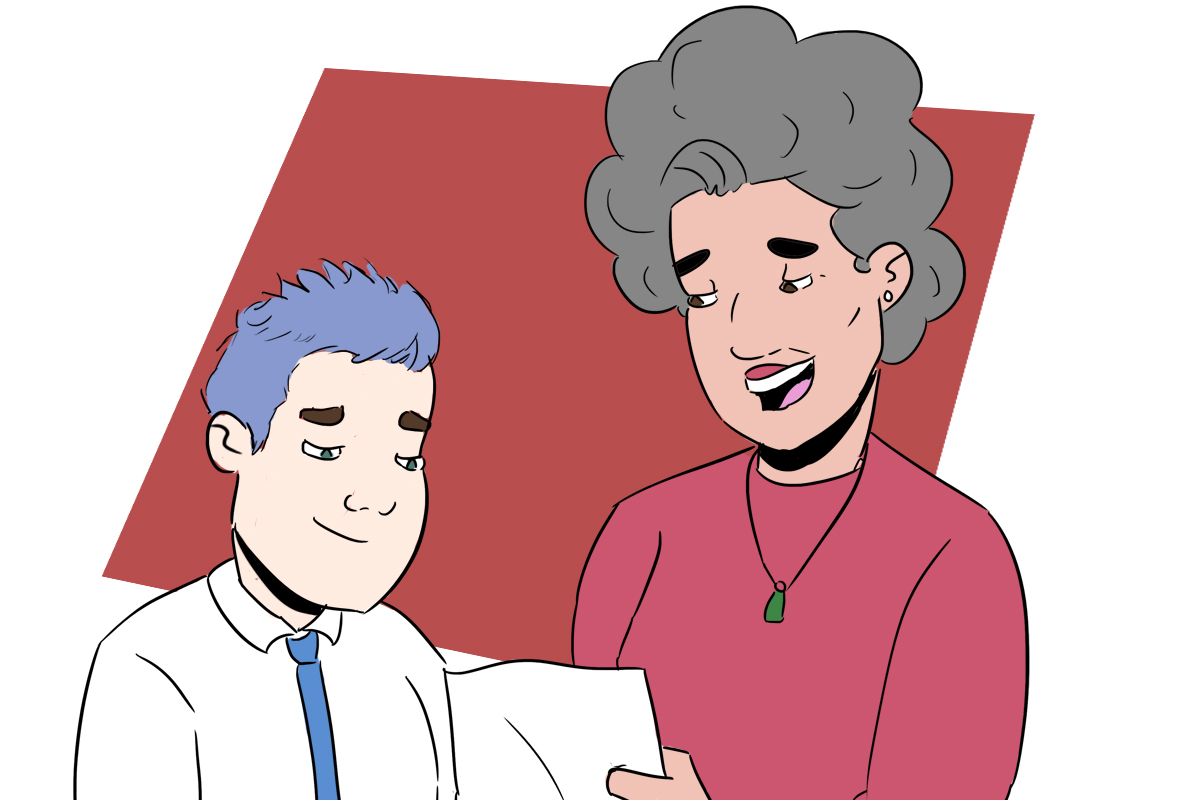 I think I have been wrongly treated by my teacher. What can I do?

In most cases, a complaint about a teacher must first be made to the school.  Each school should have a complaints policy available on its intranet or website (which should identify who to direct complaints to, and what you can do if your complaint is not resolved). Often, this policy will say that you have to talk to your teacher directly if you have an issue (though we recommend you do this only if you feel safe to do so). The next step would be the principal and then the Board of Trustees.

If a complaint cannot be satisfactorily resolved, information as to how to make a complaint to the Education Council is available here: https://educationcouncil.org.nz/content/reporting-concern.

Schools are required to report certain complaints about their teachers and possible serious misconduct (whether or not a complaint has been made) to the Education Council.

The Education Council may refer a report or complaint received to the Complaints Assessment Committee.  The Complaints Assessment Committee has a number of powers ranging from resolving to take the matter no further to referring the matter to the Disciplinary Tribunal.  Referral must be made to the Tribunal where there is a possibility of serious misconduct. Again, the Disciplinary Tribunal has the power to undertake a number of actions.  A full list of these powers is set out in section 404 of the Education Act 1989.  For example, the Tribunal may refer the teacher for a competency review, order that the teacher's authority to practice be revoked, or impose a fine on the teacher.  The Tribunal also has the power to resolve not to take the matter any further.

What are my rights if a staff member outs me?

One of the examples that the code of conduct gives around behaviour that teachers should not engage in is disclosing a student's personal or confidential information beyond those who have a legitimate need to know (see page 11 at https://educationcouncil.org.nz/sites/default/files/Code%20Guidance%20FINAL.pdf).

Although the Code does not set out concrete rules, a complaint may be made on the basis that disclosing a student's personal or confidential information beyond those with a legitimate need to know is behaviour that falls short of the sort of conduct expected of a teacher.  Depending on the situation, this may also constitute a breach of the Privacy Act.

If you’re unsure, it could be helpful to contact your local community law centre, such as YouthLaw to discuss your situation and get advice.

What are my rights if I am denied access to the toilet or changing rooms that align with my gender identity?

There aren’t any explicit rules stating that a school must allow students to use a toilet that matches their gender identity or provide gender-neutral facilities.

The Ministry of Education noted in its 2015 Sexuality Education guide that schools may consider reviewing options around toilet facilities to ensure students have choices of safe spaces, as toilets can be unsafe environments for students who do not conform to gender norms (the guide is available from http://health.tki.org.nz/Teaching-in-HPE/Policy-guidelines/Sexuality-education-a-guide-for-principals-boards-of-trustees-and-teachers).

The Human Rights Commission has stated that in order to support transitioning students, students should have the choice of using a toilet that matches their gender identity. (https://www.hrc.co.nz/files/3914/2378/4856/TGI-Fact-Sheet-A.html).

What are my rights if I’m refused permission by my school to wear uniform that affirms my gender identity?

The Ministry of Education has also suggested that schools may consider offering gender-neutral clothing choices when uniforms come up for review (http://health.tki.org.nz/Teaching-in-HPE/Policy-guidelines/Sexuality-education-a-guide-for-principals-boards-of-trustees-and-teachers).  This acts as advice to schools, rather than a legal requirement.

What are my rights if I am denied a place on a school sports team because of my gender identity?

The Human Rights Commission has published guidance on this issue, although this guidance is not binding.  The guidance is also available from (http://health.tki.org.nz/Teaching-in-HPE/Policy-guidelines/Sexuality-education-a-guide-for-principals-boards-of-trustees-and-teachers).

The Ministry of Education's guidelines state that sports procedures and policies should be inclusive and ensure that all students can participate regardless of sexual orientation or gender identity (http://health.tki.org.nz/Teaching-in-HPE/Policy-guidelines/Sexuality-education-a-guide-for-principals-boards-of-trustees-and-teachers).

If you feel that you have been denied a place on a school sports team because of your gender identity, you should reach out to the teacher involved in the team directly. You could also get additional support through your school’s student support team or organisations like RainbowYOUTH or InsideOUT. 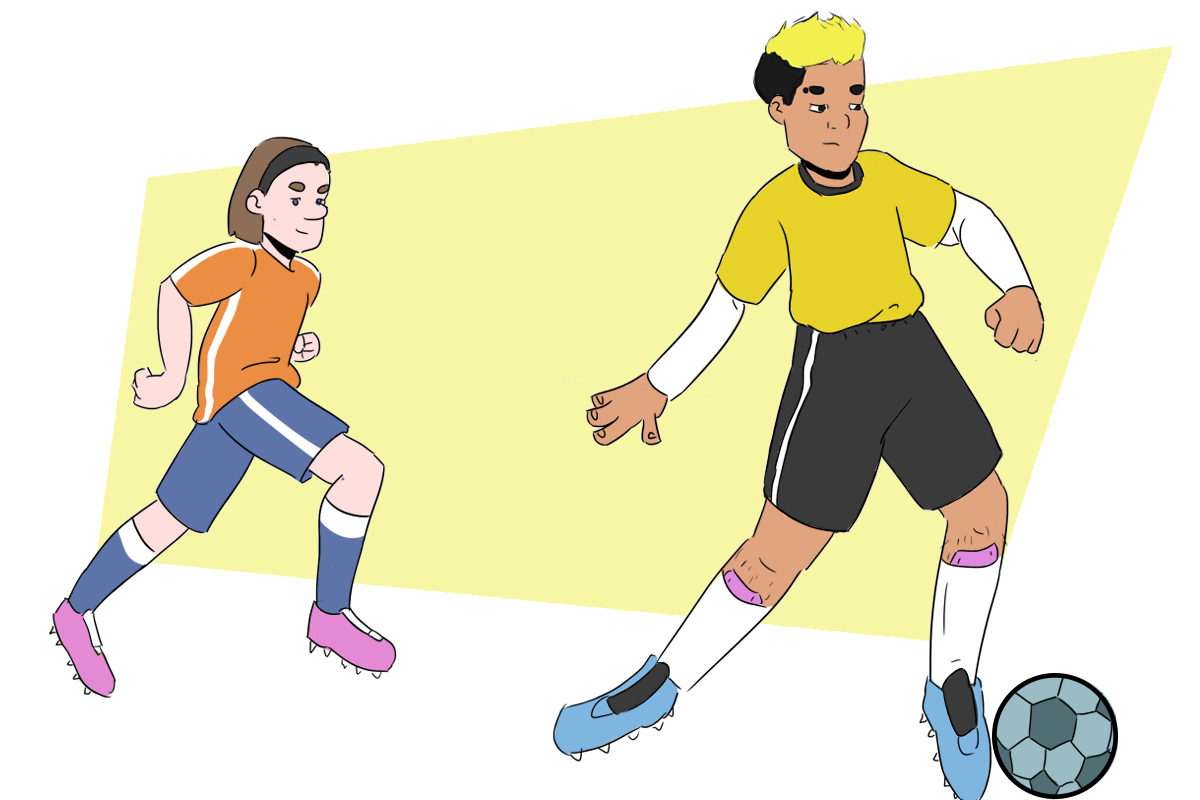 What are my rights if I am asked to sleep separately from my peers at school camps or overnight trips because of my gender identity or sexuality?

The Human Rights Commission has also published non-binding guidance on this question, which is available from (https://www.hrc.co.nz/files/3914/2378/4856/TGI-Fact-Sheet-A.html).

The guidance also gives some practical pointers, including allowing the student to share a room with friends (with consent of each child's parents), or making smaller or private rooms an option for a student.

What if I am excluded or treated differently at a boarding school because of my gender identity or sexuality?

You have the same rights at a regular school as you do a boarding school, so the above answers might be relevant.

You can also reach out to rainbow organisations like RainbowYOUTH and InsideOUT for help around these matters.

Where to go for help if you have an issue:

There are a number of places you can go which may be helpful to you if you’re having issues at school.

Which laws were mentioned here?

Remember, often what is written in a law, and how it can be interpreted can vary depending on those involved. RainbowYOUTH and YouthLaw recommend you reach out to YouthLaw through the Contact Us page to seek further advice about your particular circumstances and the next steps you can take.