This website aims to provide accessible information about the legal rights of rainbow* young people in Aotearoa New Zealand.

RainbowYOUTH and YouthLaw have worked hard to research and bring together information about the various legal rights afforded to people living in Aotearoa, and how they relate to queer, intersex and gender diverse people.

We hope that this website will act as a helpful tool to empower anyone to get information about their rights and learn how to access support if they think these rights have been breached. 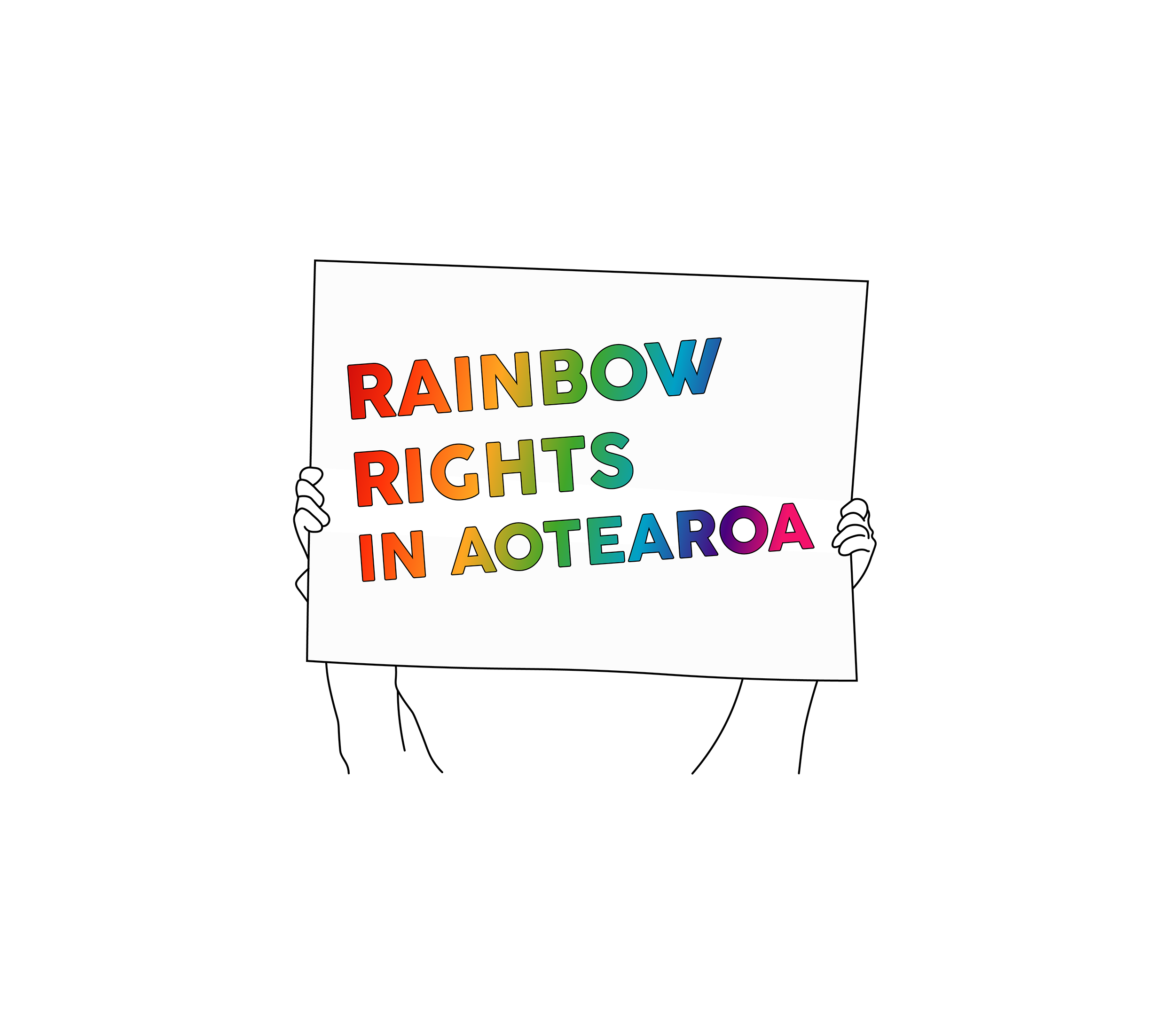 This website is for information purposes only and is not a substitute for seeking legal advice.  Remember that what is written in law and how it is applied can change depending on each person’s situation.

RainbowYOUTH and YouthLaw recommend that you reach out to YouthLaw (or any of the other services referred to on this website) to seek further advice about your particular circumstances, and the potential next steps available to you.

YouthLaw is a free community law centre for children and young people nationwide.  We provide free legal services to anyone aged under 25 who are unable to access legal help elsewhere, or those acting on their behalf.  We’re a registered charity (CC10505) and we’re part of the nationwide community law centre network.  We’re the only organisation operating across NZ where children and young people can access free legal services just for them.

We provide four main services to children and young people:

RainbowYOUTH (est.1989) is a charitable organisation dedicated to helping young queer and gender diverse (LGBTIQ) people up to the ages of 27, as well as their wider communities. At RainbowYOUTH, we’re about fostering a safe, inclusive, accepting and diverse family environment. We are drug, smoke, and alcohol free.
Our motto is Know Who You Are, Be Who You Are. Tīwhanawhana Trust in Wellington have gifted us a version of our motto in te reo Maori: Whāia tō ake ngākaunui, i te pono i te mārama. Simply translated, it means: Follow your desires with truth and clarity.

We’d like to acknowledge our funders for their support of this resource: It’s Not Okay Campaign, Sir John Logan Campbell Residuary Estate, LUSH and Netsafe.

A special thanks to:

If this is an emergency, and you’ve been hurt or assaulted, contact the NZ Police: 111. There’s also support available. Make sure to check out our Contact Us page for support service contact intro.